Pickleball Clearance In The News 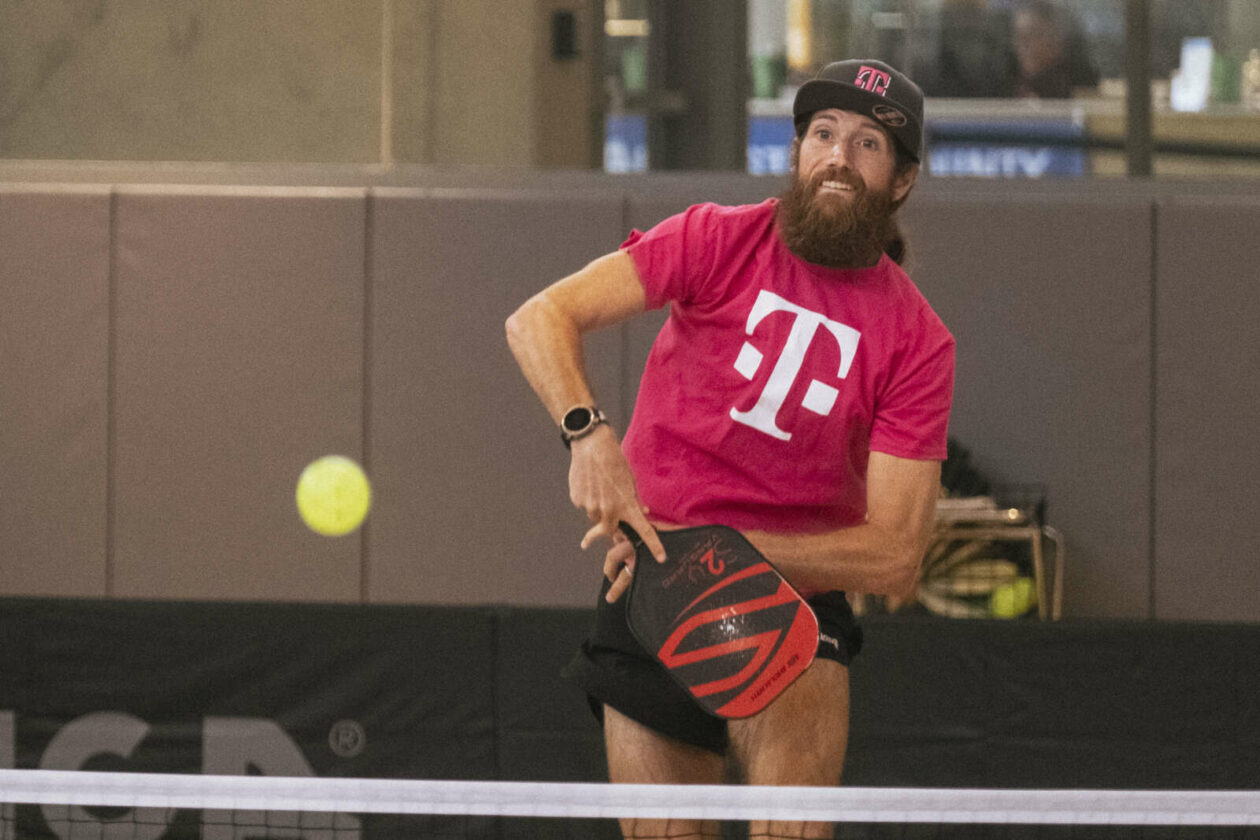 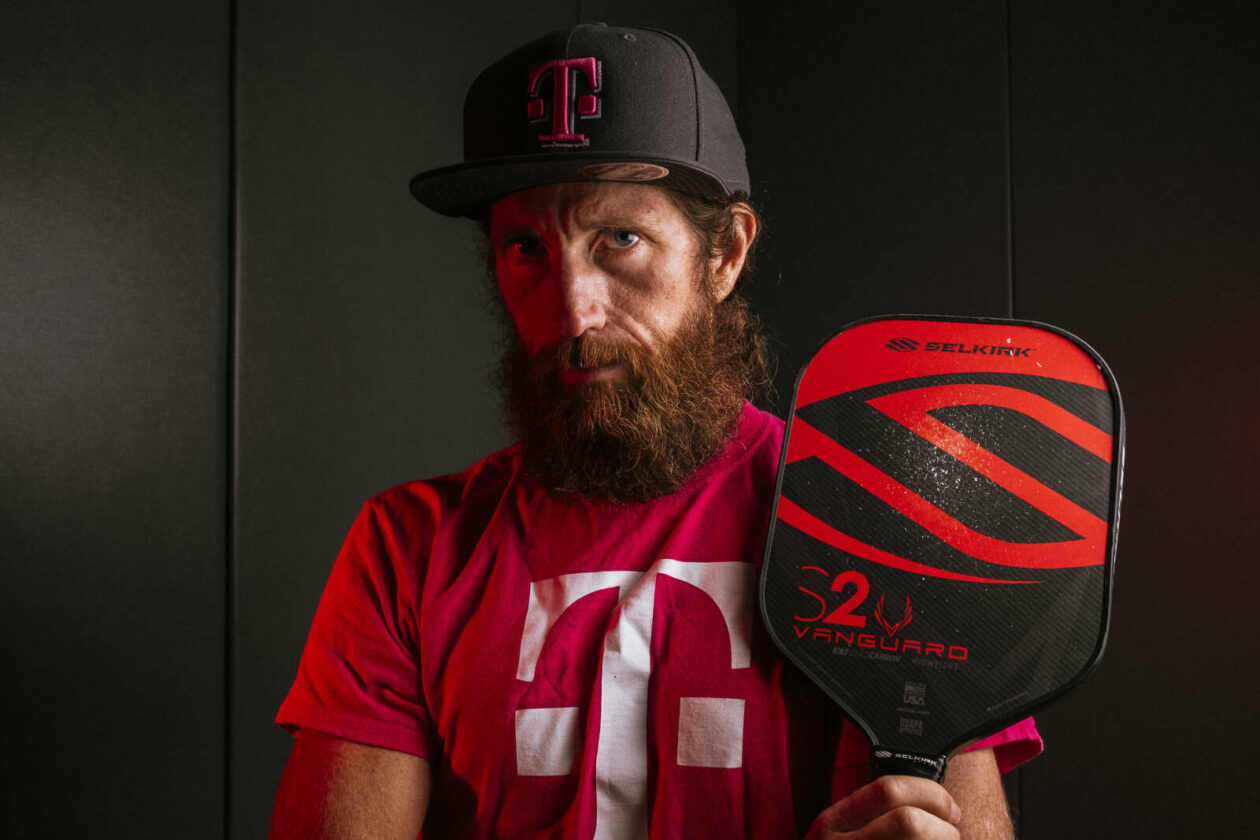 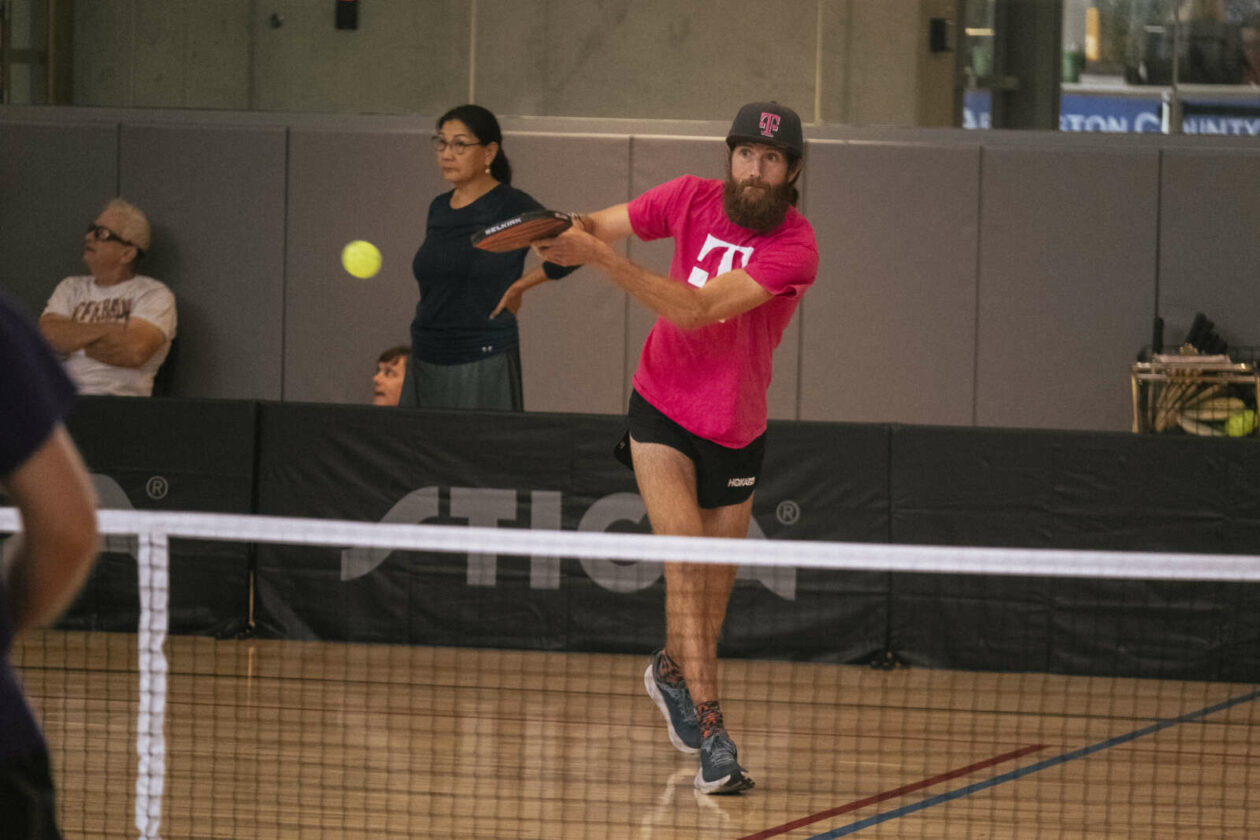 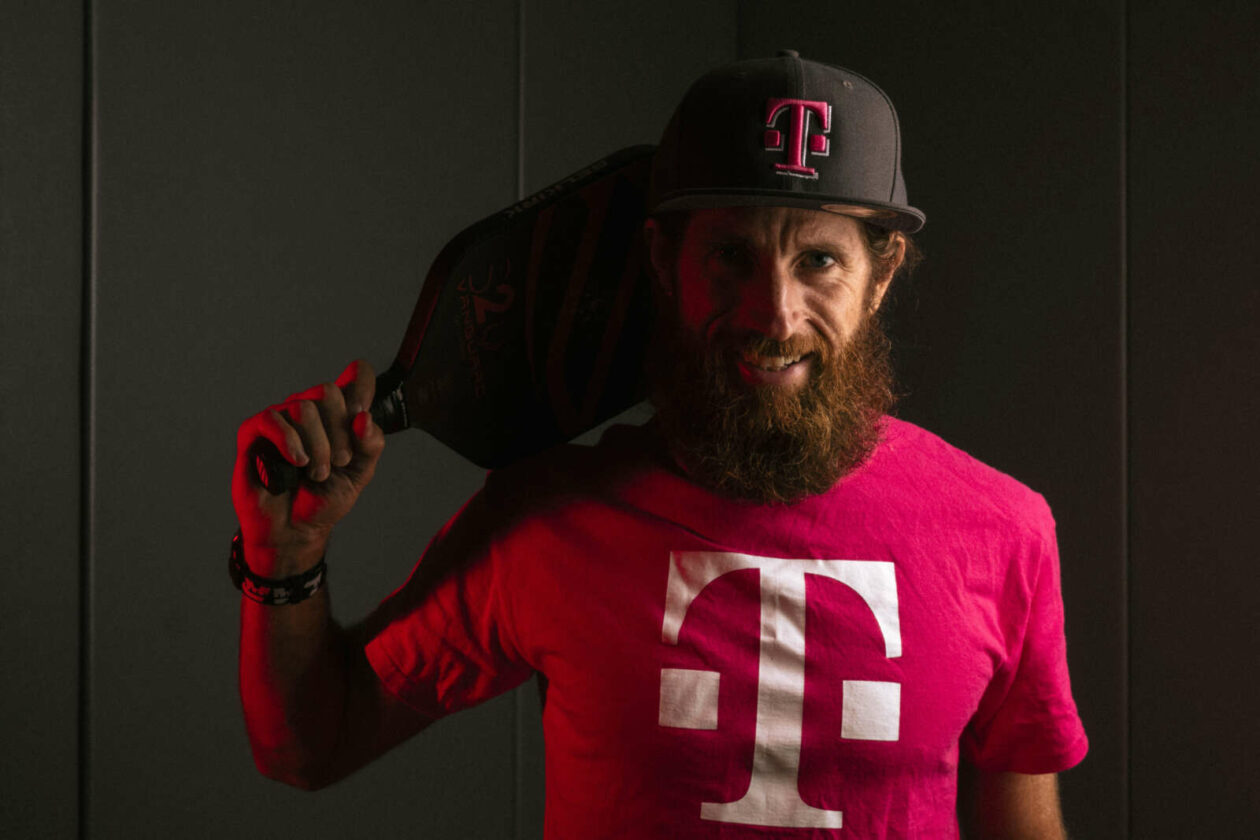 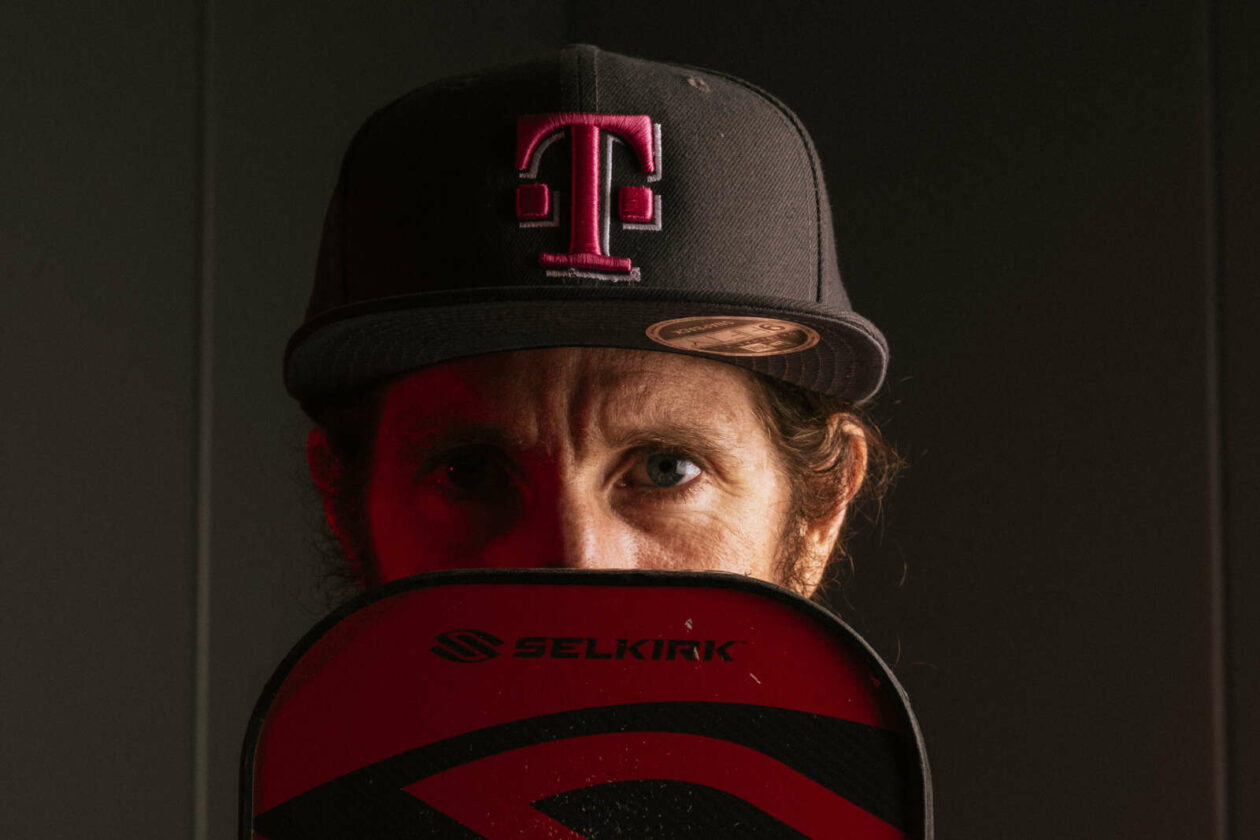 Michael Wardian walks off the pickleball court at the Lubber Run Community Center, paddle in hand, proclaiming, “well, we just got trounced.”

The record-setting, headline-making, age-defying ultramarathoner from Arlington has taken up one of the region’s fastest growing sports and, despite his recent loss, he’s getting pretty good at it.

“I’m super into it. I just won my first tournament last weekend,” Wardian says, taking a breather from playing and a sporting a pink T-Mobile shirt and hat.

The 47-year-old Wardian is probably most well-known to area residents for his running feats, including completing seven marathons in seven days on seven continents, running more than 260 miles in a loop around the Arlington Forest neighborhood, and winning the inaugural Marine Corps 50k in 2019.

But now, he’s on to pickleball.

“There’s a sense of newness and beginning something [with pickleball],” Wardian says. “With running, if I want to do something I haven’t done before, I’ve got to do…something pretty huge to have some freshness. It’s fun to be a newbie at something.”

He only started playing the sport a few months ago, in May, when a friend asked him to join a game while in Rehoboth Beach, Delaware. He ran out to Walmart, grabbed a paddle, and played five games.

“And I just fell in love with it,” Wardian says. “I was like, ‘man, this is like the coolest sport ever.’ I thought it was an old person’s sport.”

While it’s true that pickleball began as a preferred sport for older adults due to its low-impact on joints, it has since grown in popularity with younger adults and, even, kids. There are now more than four million players nationwide, according to the USA Pickleball Association. That number includes Wardian.

“I had no idea how much skill was involved or how addictive it could be,” he says.

While there isn’t complete overlap, Wardian’s ultramarathon skill set has come in handy on the pickleball court. His discipline, endurance, and tall stature all have come in handy.

“I cover a lot of ground,” Wardian says. “I can get to almost any ball. I’m tall and long, so I have good reach.”

One of the pickleball skills he’s working on is controlling his shots and not hammering the ball so hard so it goes out of bounds.

But he’s learning quickly. He estimates he’s invested about 150 hours into the sport so far and is already doing well in tournaments. In fact, Wardian is considering becoming a pro pickleball player. The top players can make tens of thousands of dollars in winnings, not to mention sponsorship dollars.

Because of his running, Wardian has sponsorship deals with local businesses District Taco, Pacers, and MedStar Health as well as T-Mobile (hence, the shirt and hat). Now, he’s looking to get some for his pickleball prowess and is speaking with online retailer Pickleball Clearance about opportunities. He’s also hoping to become an ambassador for the sport through the US Pickleball Association.

“I just want to grow the audience and get more people excited about the sport,” he says.

Pickleball hasn’t been the only thing filling Wardian’s time in recent months. He’s also an owner and partner of Potomac Maritime, working with carriers and ships carrying humanitarian aid and food cargo, which is his main source of income.

Additionally, he’s been visiting volcanoes and playing chess, which he’s been doing since he was eight years old.

Unsurprisingly, Wardian is good at chess too and plays in chess tournaments. He’s also part of several clubs (including the Arlington Chess Club), and coaches the game to younger players.

At one point, he compares chess to pickleball, saying both are about placement, strategy, and knocking the opponent off balance.

“You set up your shot,” he says. “You hit one shot to knock them back and, then, when they’re back, you can put the ball somewhere else.”

For Wardian, no matter what he’s competing in, he is always striving to be at a high level. There is a sharp competitive edge to it all, but his hardest opponent is himself.

When asked what’s the next sport or activity for him to master, he rattles off cycling, surfing, open water swimming, and deep sea fishing. It’s clear he’s already thought about the future.

After talking and a few photos, he heads back to the pickleball court. An average game of pickleball takes about 20 to 25 minutes, but he’s still harping on the last game he played that lasted only about ten minutes.

“We got our asses kicked,” Wardian says. “But we will get the next one.”